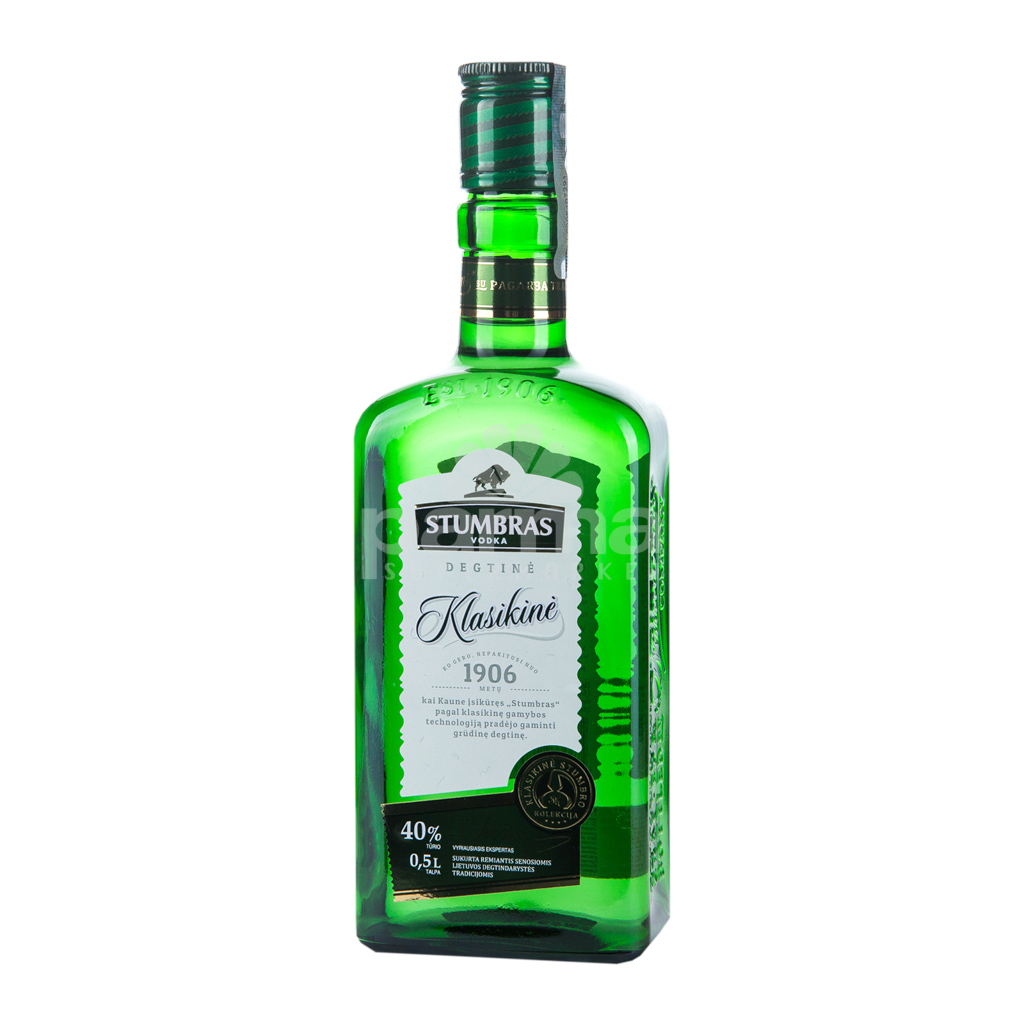 Today Stumbras is one of the largest and most popular producers of alcoholic beverage not only in Lithuania, but also in the Baltic states. This success is the result of a simple philosophy: diligent work and lasting experience.

In valuing the wisdom imparted by time, we look for inspiration from old traditions and remain devoted to naturalness. Together with modern technology and expert craftsmanship, all this helps us stay unique!

The history of the Stumbras plant started in 1906 as part of the vodka production reform in the beginning of the 20th century, when it was decided to build a new vodka factory in Kaunas. The latter has boosted the region’s economy.

In 1918 Lithuanian government devoted particular attention to economic recovery, and the Kaunas warehouse was considered one of the most important economic units. The warehouse provided large orders for glass factories, carpenters and printing houses, so its operations were taken care of at the highest state level.

In 1948 the Kaunas warehouse was merged with the STUMBRAS liqueur factory owned by Mykolas Velykis. Thus, the largest beverage producer in Soviet Lithuania was formed. This entity was later joined by neighboring distilleries and took on the joint name STUMBRAS.

You can always buy vodka in Astana in Cantina Del Gusto.

Once Lithuania regained its independence, the distillery began operating as a state-owned company until it was privatized by the MG Baltic concern in 2003. With the arrival of the new owners, all of the main brands were updated, millions were invested into their marketing, and new products such as THE NINES Sweet, THE NINES Citrus and STUMBRAS VODKA Centenary released which proved to be a success in the market. In addition, the technological base was completely revamped, allowing the factory to become one of the most modern companies in the Baltic countries.

Since 2008, STUMBRAS has highly intensified its export operations. Currently, the company sells its products in over 30 countries of the world. Exported production includes vodka, bitter, liqueur and brandy.

The company constantly invests in the consolidation of its brands abroad and significantly focuses on both the taste and appearance of beverages. The packages of brands such as LITHUANIAN VODKA and STUMBRAS VODKA have been awarded gold medals at the most prestigious European design competitions.


STUMBRAS VODKA in Nur-Sultan is always available at www.cantina.kz online-shop. You can purchase it in Pushkina St. 15, as well.