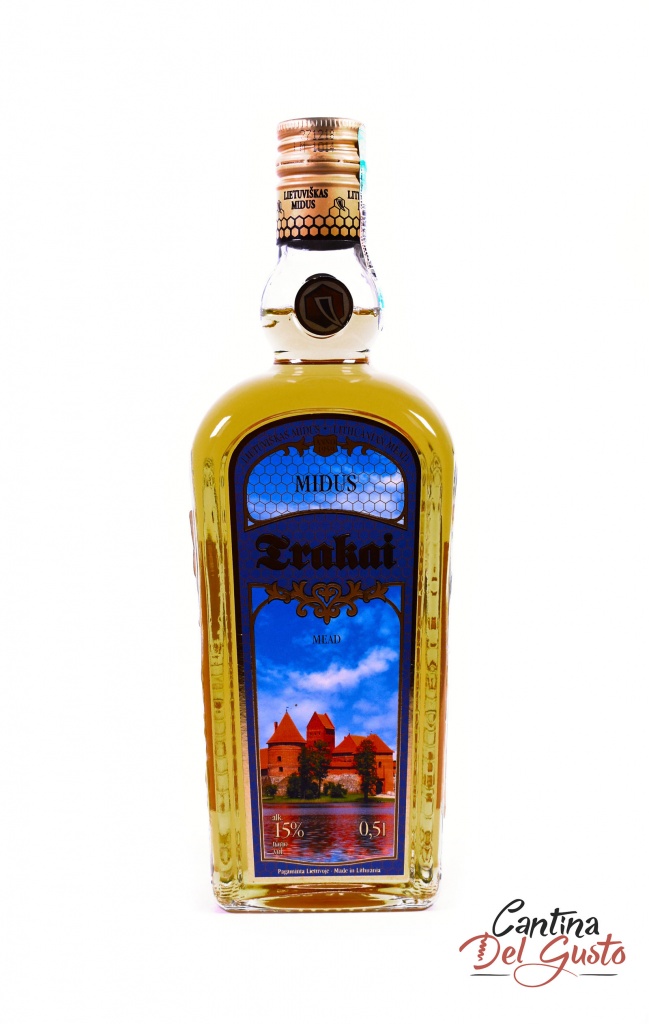 Mead with herbs from Lithuania

People started to drink mead 9,000 years ago. This drink was popular in India, Asia, Germany, the Baltics and Scandinavia, Egypt, Greece, Rome and the Middle East. It is noteworthy that this drink has always been popular both among the upper class and among ordinary people. It was drunk during ritual events and during feasts.
Unfortunately, in almost all above mentioned countries, alcohol-containing honey was replaced by wine and beer, but not in Lithuania.
In this country, honey not only retained its position and became a national alcoholic drink, but also acquired the status of one of the symbols of this Baltic state.
As the name suggests, the drink is made of honey. Lithuanian mead is made of linden and flower honey, fruit juice, herbs and spices. The shade of alcohol depends on the type of honey filtration process.
You canbuy Lithuanian mead in Astana at Cantina Del Gusto shop.
The classic representative of this alcohol is similar to ordinary home-made mead, but honey and local herbs from this country make it Lithuanian.
The history of the drink is tragic, because even in Lithuania its production was stopped.
In the 16th century, mead breweries operated in Vilnius and there were productions in monasteries, taverns and at homes.
But already in the 18th century, vodka and beer replaced the mead. It was forgotten for two centuries.
In the 20th century, a brewery named Beini Šakovas Prienai produced 4 types of mead, but in 1940 the production was nationalized and stopped again.
This wonderful drink was revived by professional beer technologist Aleksandras Sinkevičius. He experimented with recipes for a long time and in 1960 released 1,200 bottles of Lithuanian mead called Dainava
This alcoholic drink had a strength of 10% and a wonderful soft taste, amber color and quickly got popular.
The patent for the production of Dainava mead currently belongs to the company Lietuviškas Midus (Lithuanian honey). This company produces more than 200,000 liters annually using at least 100,000 tons of honey.

How to drink it
Mead has a very sweet taste. Fans of this alcohol usually drink it using any glasses. It is recommended no to cool it, and even warm it up a little in your hands. In this case, this wonderful drink will show its aroma.
Due to its mild taste, it can be consumed without any snack. But it is often served with fruits and nuts, cheese and some kind of dessert.
Today you can get the symbol of Lithuania without leaving your home. You can order the Lithuanian mead in Nur-Sultan in the Cantina Del Gusto online store.